In this online workshop, learn to upregulate your system and improve the natural detoxification function of your body with food, nutrients, exercise, and lifestyle changes. Explore the physiology of detoxification, and those factors that enhance or weaken your body’s ability to detox.

Live sessions with Manu on Wednesday and Friday at 6–8:30 pm EDT.

You will also have access to Hatha Yoga classes and access to an online social community to connect and communicate with other participants about this course.

The main program sessions are live and all sessions are in EDT. The live sessions will be recorded and posted to the Online Programs access page if you are unable to join us live for that session. Recordings* are usually posted within one day and are available to program participants and presenter(s) only.
*You're welcome to turn off your camera if you don't wish your image to be recorded.

You will have access to the video recordings for 8 weeks after the program ends, until December 25.

Not only did Manu display a wealth of knowledge on the topic of nutrition, but he also inspired all of us with the way he has obviously adhered to the tenets of what he teaches. When I first attended his program 12 years ago, I knew that I was in the presence of someone quite extraordinary. 12 years later, I left feeling the same and more. It was like time stood still for him. He is a force that has inspired positive healthy changes not only for myself but the thousand of others who have been graced by his wisdom. — John Beltzer

I really enjoyed the 10-day detox I did with Manu this past January in the Bahamas. I found his calm demeanor and deep knowledge and experience very comforting heading into my first 10-day detox, 5 days of which was juice only. The protocol also was well crafted and made it so that I wasn’t hungry or too exhausted. I felt supported by the supplements as well as his helpful information. I was surprised at how smoothly it all went and felt. I returned home full of energy and plan to incorporate many of the tools Manu imparted on us during those 10 days. — Andréa Tóth

With Manu’s guidance, my digestion system improved greatly. In the course, I felt safe and supported. My body became cleaner from the inside and my mind quieter. I am energized and inspired enjoying a new level of yoga practice and meditation. — Savitri-Devi 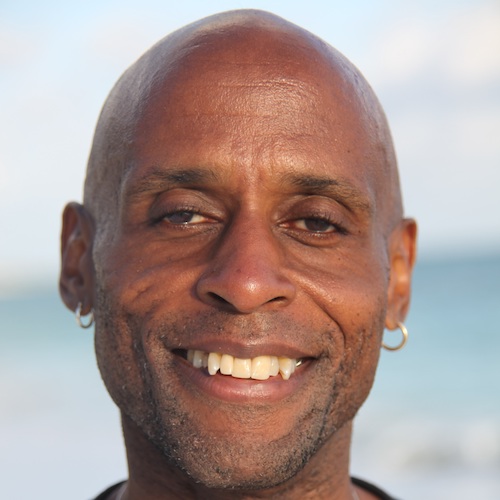 Trained and certified in advanced Yoga, meditation and pranayama in the Integral Yoga system of Sri Swami Satchidananda, Manu has been both a student and teacher of Yoga for over twenty years. He has also studied nutrition and herbology for more than 25 years and has worked in the natural foods industry for as long. He studied clinical nutrition and herbology in Gary Null’s nutrition program at The Atlantic Academy and has co-hosted alternative nutrition programs on WEVD Radio in New York with Ayurvedic physician, Dr. Scott Gerson, and chiropractor, Dr. Howard Benedikt.

Manu has been quoted on a regular basis by The New York Times and numerous other major national publications on health, nutrition, and Yoga. He has been interviewed on NBC and WCBS TV News and appeared on Court TV, numerous cable TV holistic health shows and on Gary Null’s TV and radio programs.

His impressive and varied lecture and teaching credits include; Beth Israel’s Physical Therapy staff – 1996; Elizabeth Seton Childbearing Center on Nutrition and Pregnancy and Menopausal Nutrition – 1999; United Nations Women’s Guild – 1994; College of New Rochelle – 1944; New Age Health Spa – 1995-1998; Boricaa College – 1999, and a wide range of drug rehab centers throughout the Great New York and Metropolitan region. Manu also lectures on a regular basis at OM Yoga, Patanjali Yoga Shala, Gulliver’s Institute of Nutrition, New York Yoga Teachers Association (which he also writes articles for and is a past board member of) and at Integral Yoga Institute of New York, on such topics as diet nutrition, immune system strength, fasting, natural hormone replacement therapy, Yoga and male sexuality, herbs, and stopping smoking. He has also conducted an extensive series of lectures addressing such timely and necessary subjects as anthrax and how to boost the immune system, nutritional needs of African Americans and allergies, asthma & the immune system at The Open Center and in workshops at The Yoga Zone.

Manu is presently on the staff of Well Balanced Chiropractic in NYC as their Clinical Nutritionist.

Manu Dawson has directed detoxification/ fasting retreats for the Sivananda Yoga Organization and the Integral Yoga organization both in the states and abroad since 2003 successfully supervising the detoxification of hundreds of participants.