Your subconscious mind controls 95% of your life, and it hides self-limiting beliefs that are holding you back. To change your life, you must access subconscious negativity and plant empowering beliefs instead. You will leave the weekend with clarity, optimism, and boundless energy to pursue greater joy.

Over the past 27 years, Kambiz Naficy has worked with more than ten thousand people as an expert in self-transformation. If you want to dissolve limiting beliefs, habits, or negativity that are holding you back from spontaneity and abundance, join this powerful program.

The main program sessions are live and all sessions are in ET. The live sessions will be recorded and posted to the Online Programs access page if you are unable to join us live for that session. Recordings* are usually posted within one day and are available to program participants and presenter(s) only.
*You're welcome to turn off your camera if you don't wish your image to be recorded.

You will have access to the video recordings for 8 weeks after the program ends, until April 18.

In addition, you will have access to the Ashram’s Live Hatha Yoga classes at 5 pm ET, recorded Ashram meditations, and inspiring talks with Sri Swami Satchidananda. You will also have access to an online social community to connect and communicate with other participants about this course.

An experienced teacher with powerful content to help jumpstart a change in your life. — Amanda Mosher

The retreat was honestly the most profound thing I have ever done for myself. It was the deepest, most life-changing gift I could have ever given myself. Since that time, I have been meditating deeply, up to an hour a day from the training I received during that time. — M.R.

Once again I am at a loss for words to fully express my gratefulness for this past week in Santa Barbara. Your teaching and beautiful energy have carried me yet further into unknown realms; for the first time upon crossing a new threshold, I encountered no fear, just delight, and love. Thank you for your infinite patience, generosity, and protection. — L.O.

I wanted to take this time to express my gratitude for everything you do. I have been searching for a path that would bring me closer to God. I believe the events that lead me to your weekend workshop were divinely inspired. — D.G. 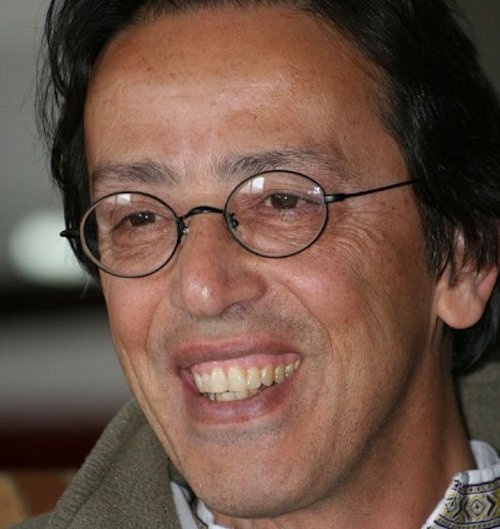 Kambiz spent fifteen years studying with grandmasters of Yoga in India. He is now an international master of breathing meditation and an expert in life transformation through the cleansing of subconscious beliefs. He founded The Joy of Life Organization in 2001, and since he has transformed the lives of more than ten thousand people in Canada, Europe, India, Sri Lanka, and the U.S. His TV interviews appear on NBC and the national television of India. He has conducted programs for the United Nations agencies and taught as a faculty member of The Omega Institute, and the New York Open Center.

Born March 21, 1953 in Tehran, Iran, Kambiz Naficy first visited the U.S in 1962, during the Kennedy era, when his father was assigned to a diplomatic mission in Washington D.C. At this junction of his life, Kambiz became fluent in the English language, in addition to his fluency in the French and Farsi languages. As a young boy, he quickly learned the ways of the West, integrating them with his profound understanding of Persian philosophy and way of life.

Years later, having attended an international school in the Middle East, he completed his undergraduate education in the U.S. and moved on to obtain two graduate degrees, one a Harvard-sponsored MBA, and the second, a Masters in International Studies from Columbia University in New York. Kambiz Naficy is a published poet and obtained his third graduate degree, a Masters in Fine Arts (in poetry), from The New School for Social Research also located in New York City.

After achieving success on Wall Street, Kambiz Naficy set out on his search for the eternal soul which took him to India. During a 15-year expedition to India, Kambiz studied with grandmasters of meditation and Yoga. Kambiz Naficy was initiated into the 1,800-year-old science of Kriya Yoga by Swami Hariharananda who comes from the lineage of Babaji and Paramahansa Yogananda
(Autobiography of a Yogi).

While in India, Kambiz delved deeply into the study of the ancient spiritual texts known as the Vedantas and found striking parallels between this ancient knowledge of life and the modern science of quantum physics. Kambiz became determined to develop techniques and teachings to help heal, cleanse, and purify the human psyche and soul through perfect integration of ancient Yoga, modern psychology, and the theories of quantum physics.

Naficy's repertoire of higher education and multi-cultural experiences helps him conduct his meditation and self-development programs. As a Kriya Yoga meditation master, he currently serves the diverse countries of Sri Lanka, India, Sweden, Switzerland, Canada, and the U.S.